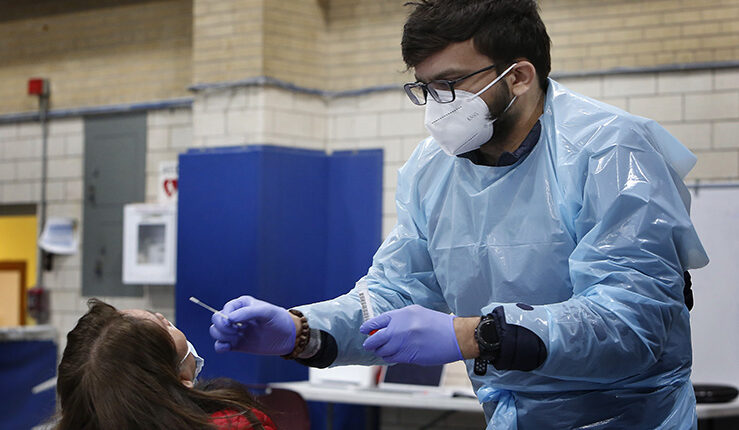 1.   The Discovery of Penicillin

Alexander Fleming discovered penicillin and remains one of the most influential scientists. In 1928, he worked on a bacteria that lived among molds and accidentally left a petri dish out for too long. When Alexander Fleming returned to his lab, he found that bacteria had been killed off by what we now know as penicillin. He published his findings in 1929, and it took another eight years before penicillin became widely used to treat bacterial infections.

Today, many different kinds of antibiotics are of the penicillin family. Around the same time, Polish-Jewish scientist Selman Waksman also made a groundbreaking discovery when he identified streptomycin, an antibiotic still used today to fight tuberculosis. His work helped revolutionize treatment for infectious diseases like pneumonia and meningitis. Without this discovery, so many more people would have died from illnesses like syphilis or tuberculosis, and other bacterial infections.

2.   The Birth of Diagnostic Testing

Diagnostic techniques have come a long way since the days of Hippocrates. It’s hard to imagine when doctors could not authoritatively determine what was wrong with their patients or how to treat them. However, the ancient professionals developed diagnostic tests like urinalysis, where they developed urine flavor charts that sought to classify the smell, appearance, and taste of urine to assess someone’s health.

3.   The Recognition of DNA as the Building Block of Life

In 1953, James Watson and Francis Crick discovered the double helix structure of DNA. They made this discovery by analyzing patterns in data collected from a series of X-ray crystallography experiments on DNA. The discovery led to a better understanding of how genetic information is stored and how it might help to diagnose or treat disease. In 1962, they received a Nobel Prize for their work. In modern medicine, sequencing an individual’s genome (all the genes in an individual) can provide insights into their potential risks for developing various types of cancer, Alzheimer’s disease, and other illnesses.

Researchers are now trying to use genetic engineering techniques such as CRISPR/Cas9, which enables scientists to edit genes to correct abnormalities that cause diseases like hemophilia or cystic fibrosis. Today, mRNA therapeutics have revolutionized the treatment of many hereditary disorders and helped create vital vaccines against viruses such as COVID-19. Indeed, sequencing our genome today can lead to medical breakthroughs the world could never have imagined back when Watson and Crick first published their revolutionary findings about DNA over 70 years ago!

4.   The Discovery of Vaccinations

In 1796, Edward Jenner immunized a young boy against smallpox by injecting him with pus from someone who had previously contracted the disease. That was the first documented use of a vaccine to protect people against infectious diseases. It soon became apparent that it was possible to inoculate against other diseases in the same way, and vaccination was born. Today, children receive many common vaccines to protect them against six diseases: measles, mumps, rubella (German measles), polio, diphtheria, and pertussis (whooping cough).

For adults, vaccines are available for various infections such as tetanus-diphtheria; typhoid fever; hepatitis A; influenza, hepatitis B; rabies; Japanese encephalitis; cholera; anthrax, or plague if working in an area where these conditions exist. Recently, scientists have developed COVID-19 vaccines with primary series and booster doses to fight the global pandemic.

5.   The History of Medical Imaging

The first milestone in the history of medicine was the invention of the x-ray in 1895. German physicist Wilhelm Roentgen accidentally discovered this groundbreaking form of radiation while experimenting with a cathode ray tube in his lab. Roentgen made an accidental discovery that would change medical imaging forever. He noticed that a nearby photographic plate had been exposed and realized that something invisible to the human eye could produce a visible image on film. The technology enabled doctors to see inside the body without cutting into it, which helped them diagnose and treat illness more quickly.

It’s impressive to see the strides medicine has made in the last few hundred years. With more and better doctors and researchers, we have a lot of hope for the future of human health. With collaboration efforts ranging from research, advanced diagnostic techniques and procedures, and developing medications to delivering healthcare services through community organizations, medical professionals can find new ways of detecting and curing diseases. With major medical breakthroughs, people live longer lives with healthier bodies today than ever! However, preventative measures are crucial to avoid getting sick and remain healthy. Regular check-ups and tests allow your doctor to monitor your well-being and catch any potential illnesses early on.