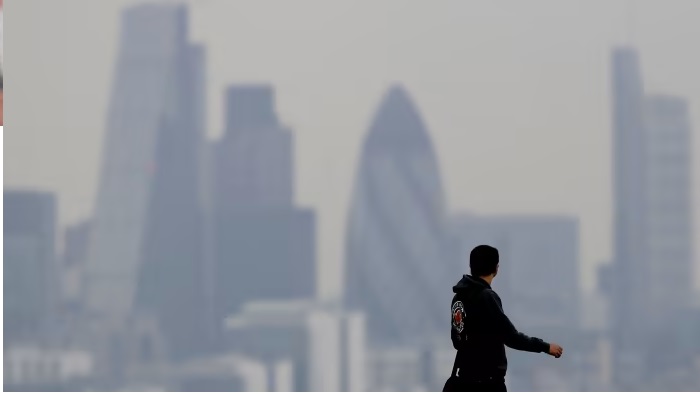 Nitrogen dioxide (NO2) levels in London went over the legal limits in 2021 all across London. A Clean Cities Campaign analysis revealed that levels of toxic air in the city’s pollution hotspots were higher than legal limits by at least 50%.

These excessive levels of toxic air were recorded by air pollution monitors, with 15 out of the 73 monitors reflecting numbers breaching the legal limits. Additionally, all the monitors did not abide by the guidelines set by the World Health Organization (WHO).

Aside from London, the areas identified as having the highest NO2 levels include Wandsworth, Lambeth, Brixton Road, Putney High Street, Kingston Upon Thames, and Cromwell Road. The City of Westminster, Waltham Forest, Sutton, Hammersmith & Fulham, Royal Borough of Kensington and Chelsea, Brent, Camden, and Ealing were also found to have excessive levels of NO2.

Clean Cities Campaign’s UK Head Oliver Lord said that the analysis is a wake-up call for both the government and private sector to come up with stricter, more intense policies and plans. Expediting zero emission zones for London and expanding the ULEZ (Ultra-Low Emission Zone) should be top priorities.

The WHO recently changed its NO2 levels guidelines to 10µg/m3 while the legal annual limit value for the UK is 40µg/m3.

Residents in the identified areas shared their sentiments about the latest numbers.

An Ealing resident whose son has had multiple hospital visits since the start of 2021 said it’s evident that air pollution has affected them. Rosa Appleby Alis also said that the hospital had a difficult time managing the influx of children who went there due to breathing problems.

She acknowledges the importance of the campaign against air pollution and said that plans must be given more time and attention. Children should be protected and safe.

Other residents share Rosa’s sentiments. Good air quality should be a primary concern for the government, its officials, and all organisations involved in the zero emissions campaign.

The Mayor of London, Sadiq Khan, plans to expand the ULEZ by August of 2023 so it would include the entire Greater London area. This is part of his government’s plan to reduce congestion and poor air quality.

In October 2020, the ULEZ was expanded to include additional areas in an attempt to address the polluting problems coming from around 50,000 older vehicles. These high-polluting vehicles have limited access to all the areas covered by the ULEZ.

A daily charge must be paid if a driver of a vehicle with high emission levels wants to enter the covered zones.

Although there are motorists residing in outer London who are not in favour of the mayor’s ULEZ expansion project – which can cover all the boroughs – plans are pushing through. Several areas in outer London have also been found to have illegal levels of NO2. With the expansion, the government and its partners can fast-track the reduction and eventual elimination of dangerous diesel fumes and other dangerous emissions.

Mayor Sadiq Khan’s consultation with the public was an opportunity for both parties to weigh in on the issue and determine the feasibility of the expansion plan.

One of the reasons why air is extra toxic nowadays is the Dieselgate diesel emissions scam. While it initially happened to only one carmaker – Volkswagen – other vehicle manufacturers were also implicated in the scandal.

According to US authorities, VW advertised and sold diesel vehicles equipped with defeat devices in the American automotive market. These devices are used to cheat emission tests and can determine when the vehicle is in testing.

Once the vehicle is being tested, the devices automatically reduce emissions levels artificially so these would stay within the safe and legal limits set by the World Health Organization.

When the vehicle is taken out for a drive in real-road conditions, however, nitrogen oxide (NOx) emissions increase to massive amounts, often at levels that significantly overshoot the EU and WHO regulated limits.

As such, Volkswagen and the other carmakers, including Mercedes-Benz, BMW, and Renault, essentially lied to and deceived their customers. They marketed their vehicles as clean and environmentally safe. In reality, any vehicle fitted with a defeat device is a pollutant.

Nitrogen oxide, the gas that diesel vehicles emit, impacts human health and the environment. Its primary components are nitric oxide (NO) and nitrogen dioxide (NO2). It aids in the formation of smog, acid rain, and ground-level ozone.

Reports and studies have also proven time and again that exposure to high levels of NOx can lead to premature death.

Fight back with an emissions claim

For all the inconveniences the defeat device has caused you, your carmaker has to pay. This is why you should file a diesel compensation claim.

Your first step in the process is to contact the panel of emissions experts at ClaimExperts.co.uk to check if you are eligible to file a diesel claim. Once verified, you can start processing your emissions claim.

How Can We Remove Dark Eye Circles Without Surgery?

Dr. Richard Nahas Looks at How to Deal with Fatigue

Health Carousel’s Generosity Spills Into Nursing Education With a $200,000 Commitment

The Best Ways to Treat Chlamydia

How Digital Hearing Aids Can Help: The…

Bharat Bhise Examines the Significance of…

Cardiovascular Exercises For Men Over 40

What is the Most Effective Non-Surgical…

What Are the Reasons to Get a Meth Face? How…

Are Protein Bars Good For You?

A Dentist’s Perspective On Teeth…

What To Do About An Aging Brain

How To Choose The Right Counsellor For You