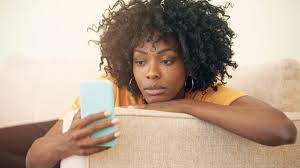 Weight loss apps have had a wellness rebrand, and they’re pushing us to believe our bodies are broken

As companies pivot to a self-care approach, there’s a risk of new fads normalising behaviours that so often harm us

There’s a new wave of dieting fads upon us – just don’t call them that. Awash with soft and inviting-sounding apps like Lumen and Noom, society’s fear of fat has spawned a smarter onslaught of weight loss tech – with a wellness edge.

Why is this concerning? It’s not solely the existence of these trends that makes my blood run cold; dieting tips in European popular culture have existed for over 150 years, with documented examples of individuals dieting stretching back even further.

We have, in many ways, always been interested in how we look, with varying ideals influencing us to believe there are some appearances that are better than others. What seems newer to me, however, is how adaptive new and existing apps have become, often saying whatever we want to hear while risking normalising behaviours that so often harm us.

Noom, an app that says it can help you “stop dieting” and “get life-long results”, is perhaps the most popular newcomer to this new-age dieting scene. With its minimalist and inviting design, it could easily be mistaken for one of countless meditation or calming apps on offer.

At sign up, it asks the usual questions that have become customary even among apps that have nothing to do with dieting: age, height, weight. It also asks for your target weight, even offering a suggestion of your “healthy weight range” after gleaning such information. All this, with nary a clue as to which factors could be contributing to one’s weight. According to the app, a 14 stone, 5ft7 adult’s suggested healthy weight range is between eight stone and 10 stone, a recommendation that feels as arbitrary as it is potentially dangerous – particularly without GP advice.

A statement from Noom in response to allegations that it encourages disordered eating said: “A team of coaches with specialized clinical experience monitors and responds to cases of users who may be struggling after entering the program, directing them away from Noom and towards appropriate care.”

Even then, issues among GPs of fatphobia, body shaming and ignorance still remain for many patients, myself included, making health monitoring that much more daunting, especially for people with mental health disorders and/or larger bodies.

Companies like LifeSum and WW – the new name for rebranded Weight Watchers, a change that seems to be aimed at downplaying the dieting-heavy aspect of the company – offer similar “assistance” with monitoring one’s weight. Like so many other apps and programmes, they tend to promise a mixture of “weight loss that lasts” and “self-care”. Sounds relatively unassuming in theory, but the industry’s shift towards the sort of big-buck-making self-love rhetoric that has become so widespread in the past decade is no accident – it’s effective marketing.

There’s also the issue of how prevalent calorie counting is on apps like these. It may go by other names, such as “tracking” or “monitoring” on popular apps like MyFitnessPal – which some users have said encourage dangerous dieting.

In response to a BBC article on such accusations, MyFitnessPal said: “Users attempting to sign up with a goal weight that will put their BMI under 18.5 are redirected to a weight gain or maintenance goal.” But these features are very much at the forefront of much of this technology. As someone who understands the mental health implications of counting calories, and who has worked to overcome my own issues with food, weight and body image, I’m worried about how quickly these apps may be normalising behaviours that could inflame existing mental health issues, or even trigger them.

Most fitness app subscriptions aren’t worth their cost

This cancer remains the second-leading cause of cancer death

ASK THE NUTRITIONIST: These 10 simple things will improve your health without dieting

‘Detox’ or ‘juice’ diets such as that undertaken by Shane…